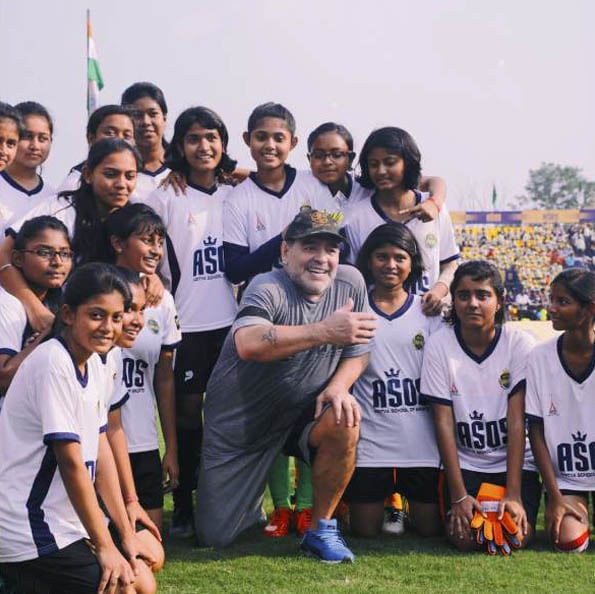 Diego Armando Maradona, the God of Football visited the flagship campus of ASOS at Barasat on December 12, 2017.

For the very first time in Kolkata, a football workshop was held with the kids of ASOS by the legend himself. It was a lifetime opportunity for the participating students who perfected their game as the football maestro-Maradona himself coached them. This was the second visit of Diego Maradona to Kolkata.

At the workshop, Maradona personally trained the budding aspirants of ASOS teaching them football tactics and the knowledge to play the game in the best possible way.

Such memorable was Maradona’s visit to the campus; the God of Football himself announced that he would be delighted to visit the campus again if called upon.