Aditya Group has always been devoted in creating opportunities for the youth of the society to project their talents and stay connected to the ever evolving world beyond academics. We aim on uplifting the present sports genre by finding the budding talents who dream to become future sport legends by giving them the best of training facilities along with real time exposures from different sports arena. 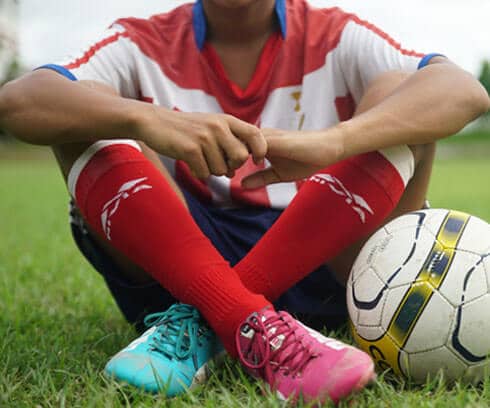 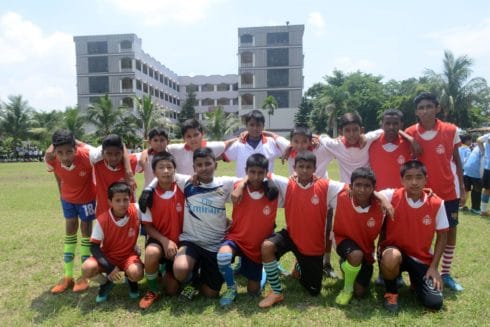 Aditya School of Sports aims to bring together sport aspirants from every corner of the nation under its wing and drill in sports right from the initial stages.

With world class facilities and expert coaching from experienced working professionals, we aim to perfect the game of the student players from an early stage and pave paths for greater opportunities and exposures. Proper education, besides any professional training is absolutely essential, we believe.

Pursuing that, ASOS is clubbed with perfectly programmed education, which takes care of children’s complete development.Aditya School of Cricket and Aditya School of Football, operating under ASOS have been started at Barasat and Dumdum.

Aditya School of Sports Arena has come up with Bengal’s first and only private stadium in Aditya Academy Campus, Kadambagachi, Kolkata, West Bengal, which is a full-sized Cricket Ground as per the ICC standard.

•  Under collaboration with Cricket Association of Bengal for hosting first class cricket matches in the stadium.

•  Collaboration with CAB for the upkeep of the ground & installation of state of the art practice and other support facilities.

•  2nd largest Cricket Stadium in Bengal, next to Eden Gardens, poised to hold matches with 7000 spectators.

•  We are shortly coming up with Badminton training facility with leading professionals of the nation.

•  We are soon starting Shooting training facility with leading coaches of National/International repute.

•  We are also coming up with world class Tennis training facilities.

•  Aditya School of Sports is providing opportunities to budding aspirants of India, Bangladesh and Nepal to learn and train under the guidance of the legend himself, Michal Clarke, at his very own academy (Michael Clarke Cricket Academy) in Sydney for 12 days.

•  Apart from the training, a guided tour around Sydney is also arranged.

•  Aditya School of Sports Arena in the Aditya Academy Campus, Kadambagachi, Kolkata, West Bengal is the very first private Stadium of Bengal, is now under Cricket Association of Bengal for hosting first class cricket matches in the city.

•  Residential facilities for players/trainees as per need within the campus.

•  ASOS collaborated with the Columbian football legend Carlos Valderrama, for a workshop on September 8, 2018 to train the students of ASOS.

•  ASOS as a multi sports hub aims to provide the best possible infrastructure and facilities to the young aspirants through international collaboration and tie-ups. A residential school for football and cricket has been initiated for both girls and boys at Barasat. Multiple scholarships will be provided to the meritorious kids who will be selected from the pan-India trial. A Match for Unity between the Legends, Diego Armando Maradona and Sourav Ganguly was organized for the inauguration of the School, which was played on December 12th, 2017. Diego Armando Maradona, the God of Football held the football workshop for the first time ever in Kolkata. A lifetime opportunity for the participating students perfected their game as the football maestro-Maradona himself coached them. This was the second and probably the last visit of Dieogo Maradona to Kolkata.